Ikuta Shrine
Ikuta Shrine is an ancient shrine with over 1,800 years of its history. The name of the area “Kobe” is originated from Kambe, the house protects the deity of Ikuta. Ikuta means the place filled with vibrant energy. Since it is located in the central part of an urban area in Kobe, many people, as well as athletes and artist have visited recent years.

Minatogawa Shrine
There are several important cultural properties and treasures connected to the warrior Kusunoki Masashige. There are also many paintings and calligraphic works, swords on display.

The Kitano Tenman-jinja Shrine
The Kitano Tenman-jinja Shrine is located in Kobe City, Hyogo prefecture where Sugawara-no-Michizane, the deity of study is enshrined. In 1880, when the ruler Taira-no-Kiyomori moved the capital of Japan from Kyoto to Kobe, the Kyoto Kitano-Tenmangu-jinja Shrineand was also moved to Kobe to serve as the guardian of the new capital (such shrines typically guard the Emperor’s residence and protect the unlucky quarter of the capital from evil spirits from entering). The honden (main hall) was constructed 260 years ago. The honden, sukibei (a wall with openwork), haiden (a hall of worship), torii (a gateway to a Shinto shrine), toro (a garden lantern) and ishidan (stone stairs) are officially designated as cultural assets of traditional construction. The shrine holds a variety of festivals and events offered to the deity from general Shinto rituals to international performing arts,which is fitting for the international city of Kobe. 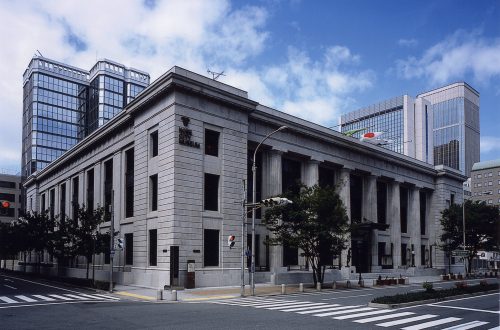 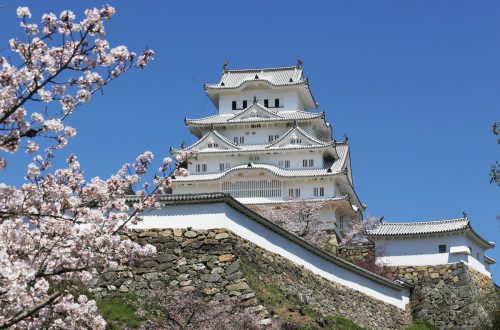 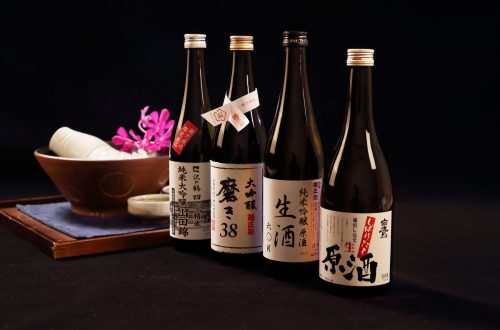 The Rokko and Maya Mountain 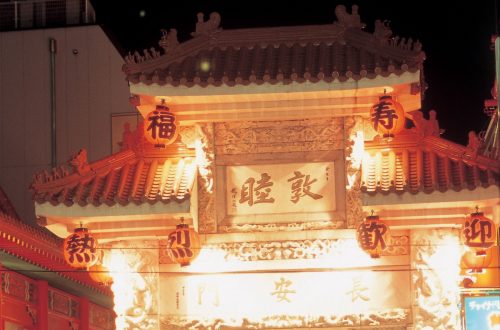